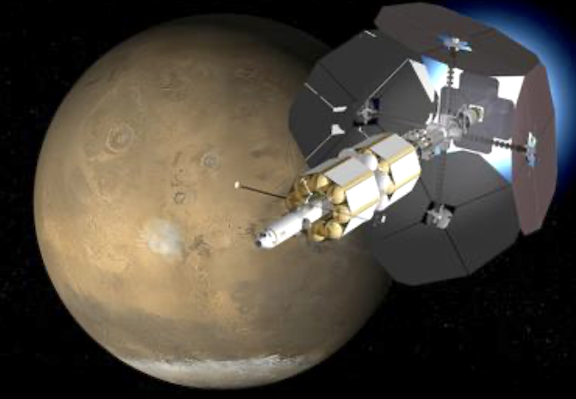 Aethera Technologies Ltd. of Canada constructed the RF-PPU, which completed its full-power test in vacuum at Ad Astra last Monday 20th of January 2020. The test involved operating the unit in hard vacuum and thermal steady-state at its full power rating of 120 kW. As part of the test, the PPU was also subjected to the magnetic field of the VASIMR® engine to verify that there is no magnetic effect on the PPU performance.

The test was one completed out of the three remaining major technology milestones in the NextSTEP Partnership Program contract with NASA for the maturation of the VASIMR engine. With these results, the VASIMR system is now fully positioned at technology readiness level (TRL) 5; indicating that all critical engine components have now been operated at full power in a relevant environment under vacuum.

Two milestones now remain in Ad Astra’s queue and are planned for completion this spring. These involve long-duration 100 kW firings of the VX-200SS VASIMR test article; one for 5-6 hours to demonstrate thermal control of the engine and a second, for 100 hours, to estimate component life. Upon completion of these milestones, Ad Astra will move to the next technology maturation phase: the development of a TRL-6 VASIMR engine for a space test.

A critical component of the two-stage VASIMR® engine, the RF PPU provides the RF energy needed to efficiently heat the rocket’s argon propellant in the high-power second stage. A similar, lower power RF PPU will be used in the first stage to ionize the propellant. The resulting high-temperature plasma accelerates in the magnetic nozzle to provide rocket thrust.

At a maximum rated power of 120 kW and weighing only 53 kg, the VASIMR RF PPU is as much as 10x lighter than that of competing electric thrusters and its advanced semiconductor-based design produces greater than 97 percent DC-to-RF power efficiency. This outstanding performance has now been demonstrated in vacuum and in proximity to the VASIMR engine’s magnetic field.

The development of the RF PPUs is supported by Ad Astra Rocket Company and the Canadian Space Agency (CSA). CSA’s support is part of a contribution agreement under the Space Technology Development Program (STDP) announced by the CSA on May 25, 2018 and expands the international dimension of the VASIMR project.

Dr. Jared Squire, Vice President of Research at Ad Astra said that watching the test was like a dream with all parameters maintaining very comfortable margins. What seemed like an easy test was a testimony to the quality of the teams that developed and tested this beautiful piece of equipment. Tim Hardy, Chief Technology Officer at Aethera said the environmental requirements for vacuum and magnetic field were key requirements for the RF PPU and having a successful result on the first test was a big achievement for the design teams. Hardy continued that they’re looking forward to continuing positive outcomes as the Ad Astra team prepares the VASIMR engine for a space test.