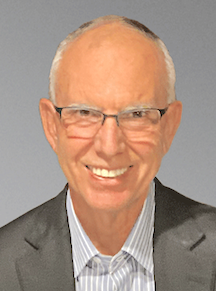 GMV announces the appointment of Rich Archuleta as CEO of its Los Angeles Intelligent Transport Systems (ITS) company, GMV Syncromatics. He is an accomplished technology executive having begun his 26-year career at Hewlett Packard (HP) in semiconductor research, where he gained a reputation as a strategic business leader. Archuleta’s management roles at HP included product and operating responsibilities across multiple units of the $4B business that employs 2,500 people worldwide

In 2007 Rich was appointed CEO of Plastic Logic, a company that under his guidance grew from 30 to 400 employees with a research office in Cambridge, a product development department in Silicon Valley, a display factory in Dresden and operations near Moscow. Following that accomplishment he worked as a consultant to diverse technological companies.

Archuleta maintains a strong grasp of technology solutions, an outstanding track record of strong customer relationships and is well respected.  He holds a BS and an MSc in Electrical Engineering from Stanford University and an Executive Development Program Diploma from the Kellogg Graduate School of Management. Rich Archuleta has also contributed to many books, technical articles, and patents.