During the 34th Space Symposium, Stratolaunch, the company sibling created by Microsoft co-founder Paul Allen, stated that the launch of this world's largest plane could be taxiing down the runway at the Mojave Air and Space Port in California within months, hopefully this summer . 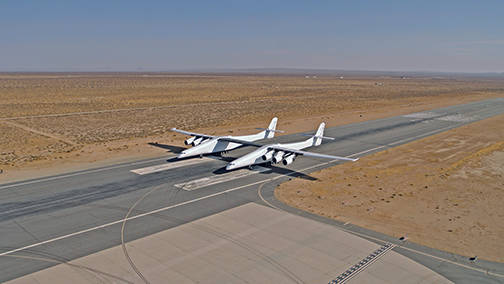 The Stratolaunch aircraft on the runway at the Mojave Air and Space Port.
Photo is courtesy of Stratolaunch Mission Control Center.

This is an amazing plane to view, using 28 wheels for movement and a wingspan that is larger than a U.S. football field at 385 feet (117 meters) from tip to tip in length. Engine tests have already been completed by the newly formed Stratolaunch Mission Control Center (MCC) located at the aforementioned site in Mojave. For generating the power to lift the 1.3 million pound plane, six 747 aircraft engines are used, three on each of the two fuselages. There are three more runway taxi tests to initiate and pass before the aircraft will actually be allowed to takeoff and fly. 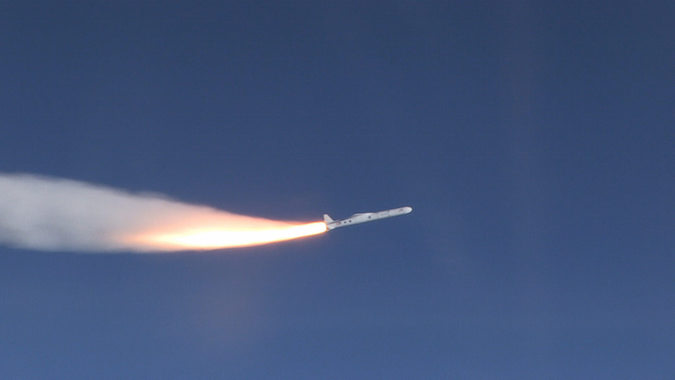 The Stratolaunch will be flown by a three person crew who will occupy the right fuselage. The left fuselage is unpressurized and empty, despite the appearance of a cockpit which is simply for look appeal. The plan by Allen's firm is to use the Stratolaunch to eject launch vehicles to give them a head start in gaining the correct orbit for their satellite payloads. To that end, the company has already committed to Orbital ATK for that firm's Pegasus launch vehicle for such work.

Stratolaunch is designed to pack away 1.3 million pounds of cargo. A video is available of the plane's runway tests at this direct link.

As Paul Allen has indicated, he wants Stratolaunch to become a fully reusable system that could support weekly or even more frequent launches and to become a "giant airpad in the sky."