SpaceX held a joint teleconference with NASA on Monday, July 15, to update media on the company’s investigation into its Crew Dragon static fire mishap on Saturday, April 20. SpaceX’s full statement on the investigation and the current findings are as follows. 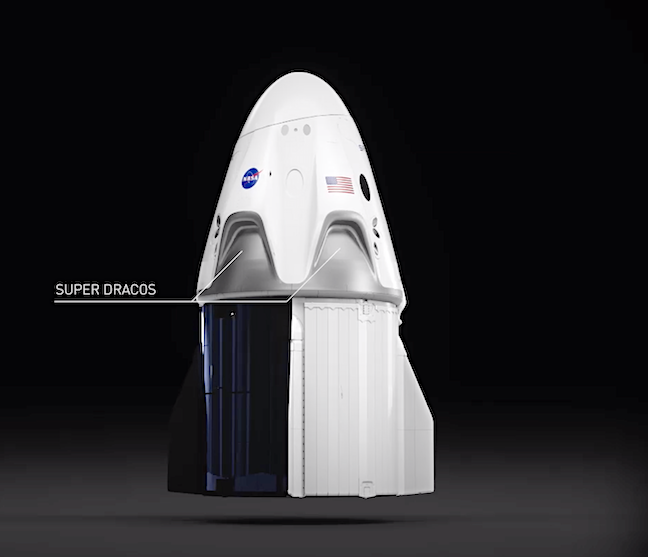 The initial tests of twelve Draco thrusters on the vehicle completed successfully, but the initiation of the final test of eight SuperDraco thrusters resulted in destruction of the vehicle. In accordance with pre-established safety protocols, the test area was clear and the team monitored winds and other factors to ensure public health and safety. 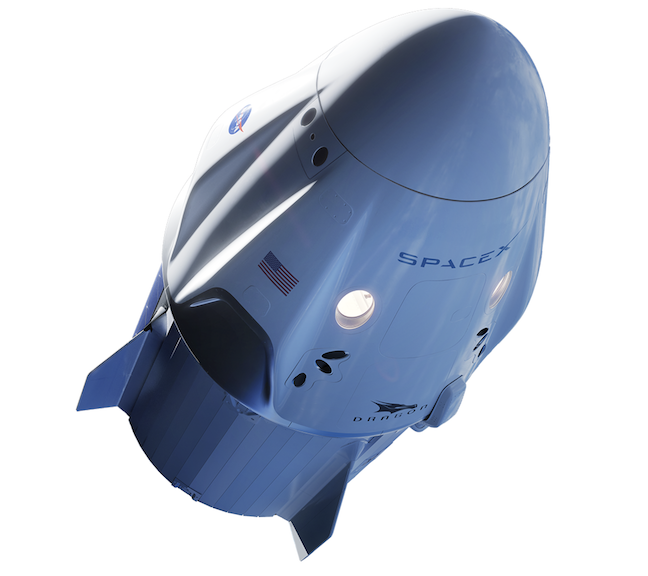 Following the anomaly, SpaceX convened an Accident Investigation Team that included officials from the National Aeronautics and Space Administration (NASA), and observers from the Federal Aviation Administration (FAA) and the National Transportation Safety Board (NTSB), and began the systematic work on a comprehensive fault tree to determine probable cause. SpaceX also worked closely with the U.S. Air Force (USAF) to secure the test site, and collect and clean debris as part of the investigation. The site was operational prior to SpaceX’s Falcon Heavy launch of STP-2 and landing of two first stage side boosters at Landing Zones 1 and 2 on June 25, 2019.

Initial data reviews indicated that the anomaly occurred approximately 100 milliseconds prior to ignition of Crew Dragon’s eight SuperDraco thrusters and during pressurization of the vehicle’s propulsion systems. Evidence shows that a leaking component allowed liquid oxidizer — nitrogen tetroxide (NTO) — to enter high-pressure helium tubes during ground processing. A slug of this NTO was driven through a helium check valve at high speed during rapid initialization of the launch escape system, resulting in structural failure within the check valve. The failure of the titanium component in a high-pressure NTO environment was sufficient to cause ignition of the check valve and led to an explosion.

In order to understand the exact scenario, and characterize the flammability of the check valve’s titanium internal components and NTO, as well as other material used within the system, the accident investigation team performed a series of tests at SpaceX’s rocket development facility in McGregor, Texas. Debris collected from the test site in Florida, which identified burning within the check valve, informed the tests in Texas. Additionally, the SuperDraco thrusters recovered from the test site remained intact, underscoring their reliability.

It is worth noting that the reaction between titanium and NTO at high pressure was not expected. Titanium has been used safely over many decades and on many spacecraft from all around the world. Even so, the static fire test and anomaly provided a wealth of data. Lessons learned from the test — and others in our comprehensive test campaign — will lead to further improvements in the safety and reliability of SpaceX’s flight vehicles.

SpaceX has already initiated several actions, such as eliminating any flow path within the launch escape system for liquid propellant to enter the gaseous pressurization system. Instead of check valves, which typically allow liquid to flow in only one direction, burst disks, which seal completely until opened by high pressure, will mitigate the risk entirely. Thorough testing and analysis of these mitigations has already begun in close coordination with NASA, and will be completed well in advance of future flights.

With multiple Crew Dragon vehicles in various stages of production and testing, SpaceX has shifted the spacecraft assignments forward to stay on track for Commercial Crew Program flights. The Crew Dragon spacecraft originally assigned to SpaceX’s second demonstration mission to the International Space Station (Demo-2) will carry out the company’s In-Flight Abort test, and the spacecraft originally assigned to the first operational mission (Crew-1) will launch as part of Demo-2.