A Russian Satellite is Probably Stalking a U.S. Spy Satellite in Orbit 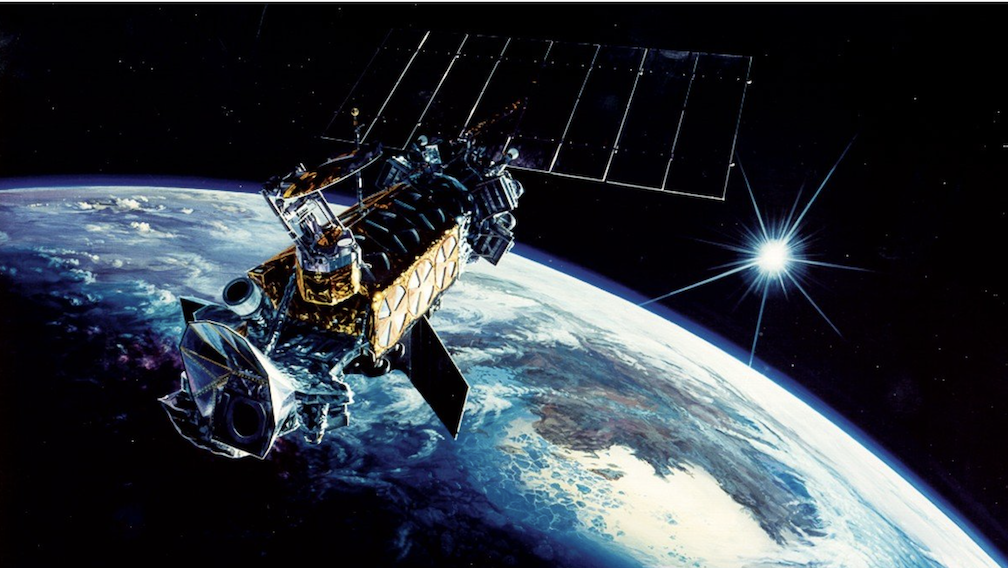 An illustration of a US military satellite, DMSP Block-5D2. US AIR FORCE

On January 20, something rather strange happened in orbit. A Russian satellite suddenly maneuvered itself so that it was closely shadowing a US spy satellite. The pair are now less than 186 miles (300 kilometers) apart—a short distance when it comes to space. While we don’t know for sure what’s going on, the Russian satellite’s actions strongly suggest it is there to spy on the US one—and there is very little the US can do about it.

Russia’s official story is that the satellite, called Kosmos 2542, is part of its program to test out satellite “inspection” technologies so that the country can closely observe its own orbital assets. A parent satellite is supposed to deploy a sub-satellite nearby, and then approach and image it.

None of the recent maneuvers made by the Kosmos 2542 parent satellite or sub-satellite support this cover story, however. Michael Thompson, a graduate student studying astrodynamics at Purdue University who first broke the news about Kosmos 2542 on Twitter, notes that the parent satellite’s sync with the US satellite, called USA 245 (which orbits between 171 and 630 miles high in low Earth orbit), is unusually sharp, while the sub-satellite doesn’t seem to have any real function.

Although the evidence is still circumstantial, Thomas Roberts, a former aerospace security fellow at the Center for Strategic and International Studies (CSIS), thinks that Kosmos 2542 is purposely shadowing USA 245 to spy on it. “Things do move around in low Earth orbit, but to expend your valuable propellant in this way to perfectly position yourself to view another satellite like this to me is just beyond the pale,” he says. ”It’s not a coincidence.”

Todd Harrison, the head of the Aerospace Security Project at CSIS, says inspector satellites can reveal exactly what kinds of targets on Earth are being surveilled by the spy satellite. We don’t know exactly what Kosmos 2542 is capable of, but Harrison speculates it could determine the aperture and resolution of the cameras on USA 245. If it has a radio-frequency probe, it could listen for faint signals from USA 245 to deduce what kinds of computer processes are happening onboard, when it’s operating, and when it is taking pictures.

In fact, Russia has been pulling these kinds of stunts on a regular basis for about 10 years now. The most notorious case is the country’s Luch satellite, which has a history of repeatedly moving and parking itself next to other neighbors in geostationary orbit (GEO), ruffling the feathers of the international community.

The Russians aren’t alone. Brian Weeden, a space policy expert at the Secure World Foundation, says the first example of these inspector satellites was an American satellite code-named “Prowler,” launched in 1990 and never acknowledged by the US. It appears its job was to approach other satellites in GEO for surveillance. A series of Chinese satellites starting with the launch of SJ-12 in 2010 suggest that China is running a similar program.

“This is not unique to Russia,” says Weeden. “It doesn’t happen every day, but it’s a capability that China, the US, and others have been testing out over time.”

There are no rules about these kinds of close approaches, either, so Russia isn’t breaking any laws. “You can get as close as you want, as long as you don’t touch or interfere with the other satellite,” says Weeden. The US can’t do much except perhaps move its satellite into a new orbital position, but even a small maneuver means expending precious fuel. And the Russian satellite could simply follow the American asset to the new location.

This latest incident is certainly troublesome, but Roberts hopes the discussion and response will stay away from alarmist predictions and fears. “We have to talk about these things in the right way,” he says. “Behavior can be suspicious without being malicious.”

Correction: The original post misidentified the name of the 1990 American inspector satellite. The correct code name for the satellite "Prowler."