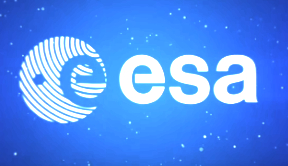 Controllers at ESA’s mission control center are preparing for a gravity-assist flyby of the European-Japanese Mercury explorer BepiColombo.

The maneuver, which will see the mission adjust its trajectory by harnessing Earth’s gravitational pull as it swings past the planet, will be performed amid restrictions ESA has implemented in response to the coronavirus pandemic.

BepiColombo, launched in October of 2018, is currently orbiting the Sun at a similar distance as Earth. On April 10, at about 6:25 a.m. (CEST), the spacecraft will approach Earth at the distance of only 12,700 km, which is less than half the altitude of Europe’s Galileo navigational satellites. The maneuver will slow down the BepiColombo spacecraft and bend its trajectory toward the centre of the Solar System, thus tightening its orbit around the Sun.

Joe Zender, BepiColombo Deputy Project Scientist at ESA, said this is the last time BepiColombo will be seen from Earth. After that, it will head deeper into the inner Solar System.

Artistic rendition of the BepiColombo's Earth flyby. Image is courtesy of ESA.

Mission scientists plan to use the flyby to test some of the 11 instruments aboard ESA’s Mercury Planetary Orbiter (MPO), one of the European components of the mission, which travels to the innermost planet of the Solar System together with the Mercury Magnetospheric Orbiter (Mio) of the Japan Aerospace Exploration Agency (JAXA).

The two science orbiters are stacked on top of the ESA-made Mercury Transfer Module (MTM), with Mio sitting atop hidden behind a protective sunshield. The transfer module obscures the view of some of the MPO instruments, but the scientists expect to be able to obtain data from eight of the 11 science payloads. Mio’s view is mostly blocked by the sunshield, but some of its sensors will also be switched on during the flyby. 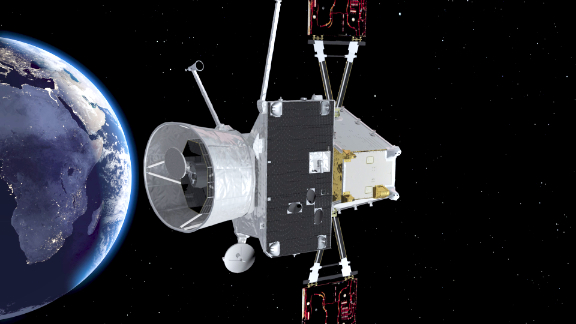 The operation will be performed with limited personnel at ESA’s European Space Operations Center (ESOC) in Darmstadt, Germany, where engineers will have to comply with social distancing rules presently in place all over Europe as a response to the coronavirus pandemic.

Elsa Montagnon, BepiColombo Spacecraft Operations Manager at ESA, noted that the Earth swing-by is a phase where daily contact with the spacecraft is needed. This is something that cannot be postpones. The spacecraft will swing by Earth independently, in any case.

The coronavirus threat forces the team to work with minimal face to face interaction while ensuring all steps in the process are properly covered. 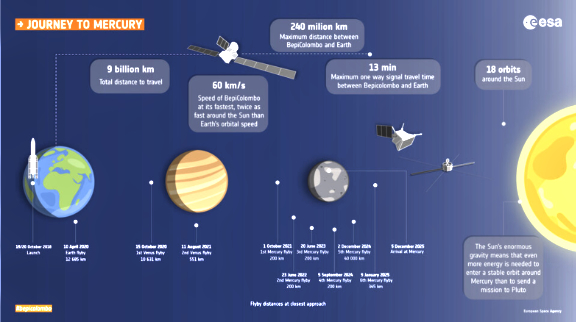 BepiColombo will be launched on an Ariane 5 from Europe’s Spaceport in Kourou, French Guiana. It will use the gravity of Earth, Venus and Mercury in combination with the thrust provided by electric propulsion, to reach Mercury. This graphic,, courtesy of ESA, highlights the flyby schedule, and facts associated with the journey.

Christoph Steiger, ESA's BepiColombo Deputy Spacecraft Operations Manager, added that during the critical two weeks prior to the closest approach, safety commands need to be uploaded to prepare the spacecraft for unexpected problems. For example, the transfer module for the 34 minute-long eclipse needs to be prepared for when the spacecraft's solar panels will not be exposed to sunlight to prevent battery discharge. 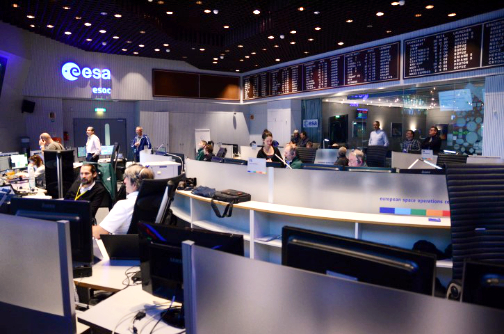 Inside the European Space Operations Center in Darmstadt, Germany. Photo is courtesy of ESA.

ESA’s BepiColombo Project Scientist Johannes Benkhoff hopes that, despite the challenging circumstances, the science teams will be able to switch on the MPO instruments to test and calibrate them. For example, , Benkhoff said, the PHEBUS spectroscope will use the Moon as a calibration target to then produce better data once at Mercury. The team also wants to make some measurements of the solar wind and its interaction with Earth’s magnetic field. The main purpose of having the instruments on at this stage, however, is testing and calibration. If the data can be used for some scientific investigation, it will be a bonus.

BepiColombo also carries three, GoPro-style ‘selfie’ cameras, mounted on the transfer module, that will be taking photographs as the spacecraft approaches Earth. The scientists activated the cameras in early March and took a few snaps of the Earth-Moon system as viewed by BepiColombo from its position hurtling towards the Earth.

Benkoff added that the Earth will be seen approaching and getting bigger. When it reaches the nearest point, a few images will be taken and then the plan is to capture an entire sequence of photographs over several hours, looking at the Earth-Moon system as it gets smaller and smaller until those views are completely lost.

The Earth flyby on April 10 is only the first of nine gravity assist maneuvers awaiting BepiColombo during its 7-year journey to Mercury. In October, the spacecraft will perform the first of two flybys at Venus. The final six orbit-tightening maneuvers will use the gravity of BepiColombo’s destination, Mercury.

BepiColombo will arrive at Mercury in late 2025. The science mission will commence three months later, after Mio and the MPO separate from the transfer module and enter their respective target orbits. Together, the two orbiters will help scientists shed light on the evolution of Mercury, the least explored of the four rocky planets in the Solar System and the planet closest to the Sun.

Learning about Mercury’s composition, the geological processes on its surface and the environment around it will help scientists answer some fundamental questions not only about Mercury, but also about the formation and evolution of the entire Solar System.

Amateur astronomers equipped with small telescopes will be able to observe BepiColombo during the flyby, if located in southern latitudes. Observers in southern Europe might be able to spot the spacecraft briefly. The best view, however, will only be possible from the southern hemisphere. 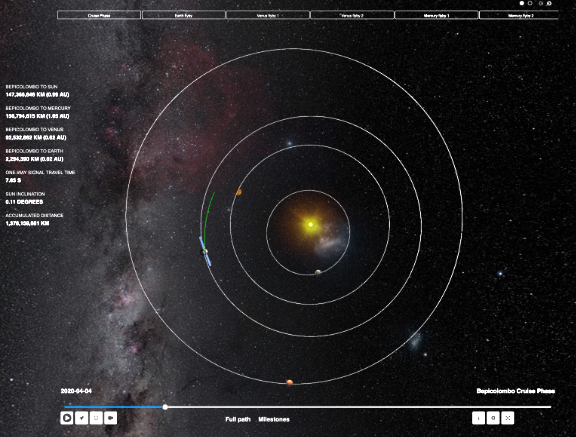 Explore BepiColombo's journey and current position using the interactive 'Where is Bepi' tool accessible via this direct link...