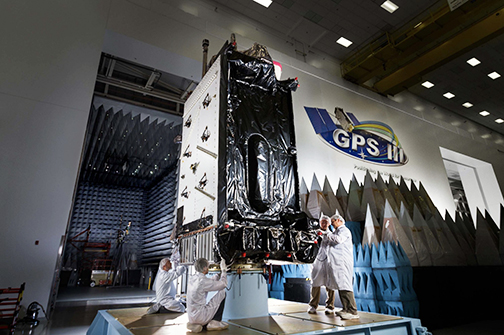 A GPS III satellite in production at Lockheed Martin. Photo is courtesy of the company.

The first GPS III satellite launched in December 2018; the second GPS III shipped to Cape Canaveral in March for a July launch; and the USAF, on May 17, declared the third new GPS III "Available for Launch" next.

To address this, in 2016, the USAF contracted Lockheed Martin to develop the GPS III COps program. Currently, the AEP OCS controls 31 GPS IIA, IIR, IIR-M and IIF satellites launched between 1993 and 2016. With the AEP OCS' new GPS III COps upgrade, the USAF will be able to command and control both the legacy satellites, as well the more powerful GPS III satellites.

Meanwhile, the first GPS III space vehicle (GPS III SV01), launched in December 2018, is finishing up pre-operational on-orbit check-out. It continues to be controlled by OCX Block 0 software installed at Lockheed Martin's GPS III Launch and Checkout Center at the company's Denver facility. GPS III SV01 is expected to be "handed over" to the COps OCS later this year after the legacy constellation is moved over to the updated AEP OCS. 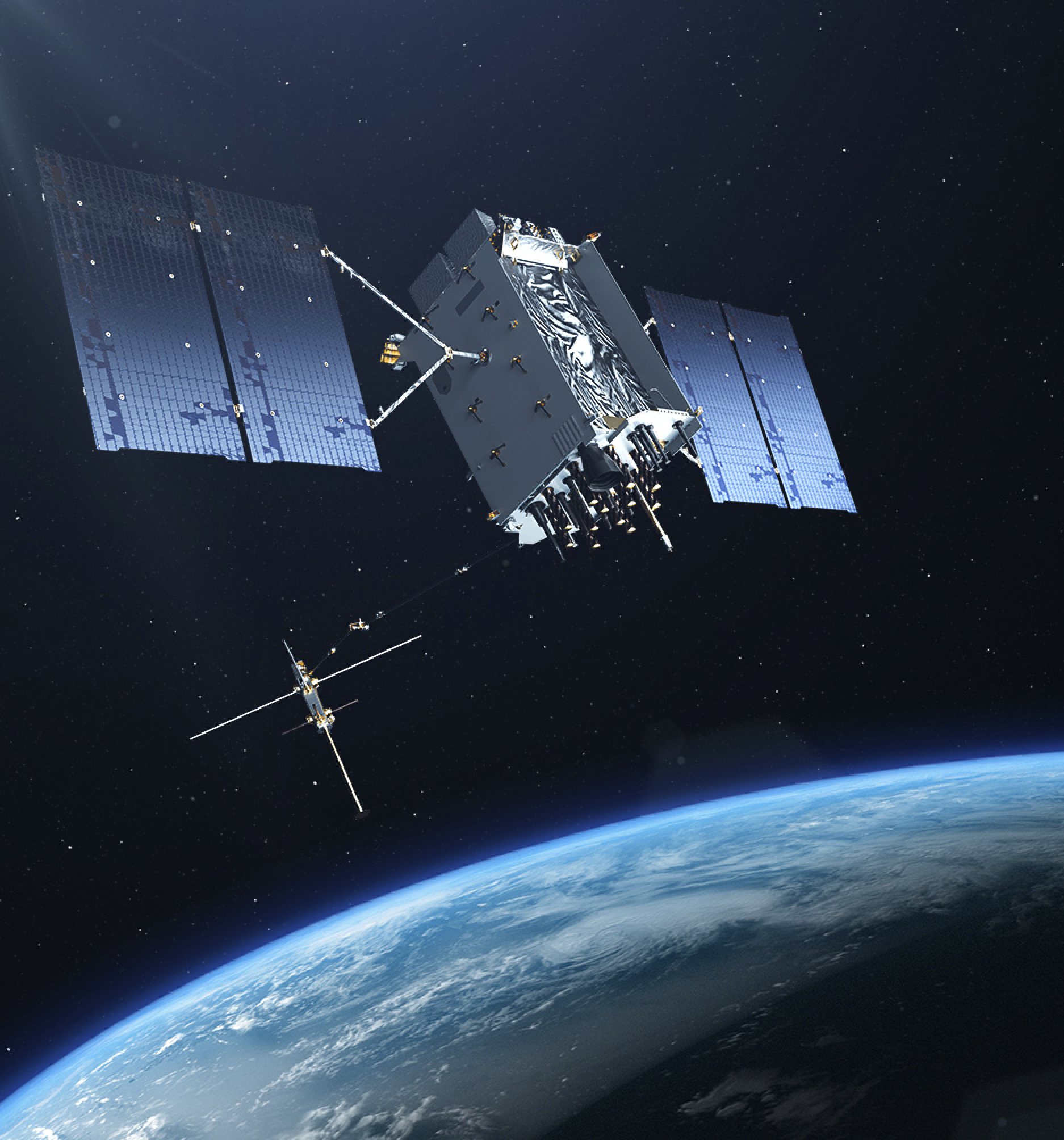 Lockheed Martin has sustained the AEP OCS since 2013. In November 2018, the company completed the AEP 7.5 upgrade — the largest architectural change in the systems history — replacing significant code, hardware and software to improve the system's cybersecurity capabilities and positioning the USAF to better operate in contested, degraded and operationally limited environments.

In December 2018, the USAF awarded Lockheed Martin the GPS Control Segment Sustainment II (GCS II) contract to continue to further modernize and sustain the AEP OCS through 2025. In 2020, the AEP OCS is expected to receive the M-Code Early Use (MCEU) upgrade, which will allow control of M-Code, an advanced, new signal designed to improve anti-jamming and anti-spoofing, as well as to increase secure access to military GPS signals for U.S. and allied armed forces.

Lockheed Martin is under contract to develop and build up to 32 GPS III/IIIF satellites. GPS III will deliver three times better accuracy and provide up to eight times improved anti-jamming capabilities. GPS III's new L1C civil signal will make it the first GPS satellite to be interoperable with other international global navigation satellite systems. Additional "IIIF" capabilities, beginning at the 11th satellite, will include a fully digital navigation payload, Regional Military Protection, an accuracy-enhancing laser retroreflector array, and a Search & Rescue payload.

Johnathon Caldwell, Lockheed Martin's VP for Navigation Systems, stated that Positioning, Navigation and Timing is a critical mission for the nation and COps will allow the USAF to gain early access to its new GPS III satellites. The company just finished Final Qualification Testing and delivery on COps, and it will be integrated and installed on the AEP OCS over the summer. Lockheed Martin looks forward to the USAF 'flying' a GPS constellation on the COps OCS, which includes the new GPS III satellites, later this year.