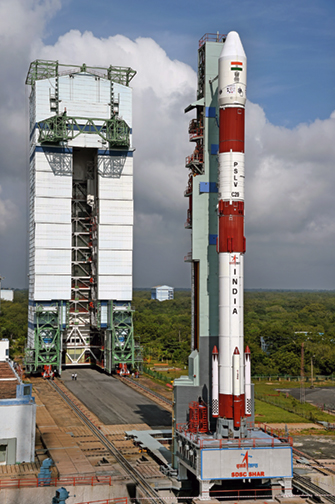 The company will initially outsource five PSLVs — Indian rockets that can lift light payloads to LEO some 600 km in space. NSIL has called a pre-bid meeting of potential parties for August 26. The four-stage PSLV is needed to place both Indian remote sensing satellites and small satellites of foreign customers to space.

NSIL was formed in March of this year to promote Indian space commerce. In its first tender, the company invited expressions of interest (EOIs) from one or more experienced companies or consortia to produce the launchers end to end: their job starts from component procuring, electronics, to large stages and finally the assembly, integration and testing (AIT) of the vehicles. Selected parties can use ISRO facilities where required, the company said.

In the August 16 document titled ‘EoI for PSLV production by Indian industry consortium’, NSIL said that with a target of producing 12 PSLVs per annum through Indian industry, NSIL/ ISRO, as a first step, is looking forward to [realizing] five PSLVs through selected companies or consortia. Upon successful and satisfactory completion of the rockets, NSIL/ISRO will enhance the scope to 12 PSLVs per annum under a separate contract.

At the Bengaluru Space Expo held a year ago, ISRO Chairman K. Sivan had urged industries to relieve ISRO of the manufacturing burden, saying the space agency must do 59 launches by 2021 and needed a PSLV strike rate of two a month. Of the more than 6,000 crore sanctioned last year for the cost of 30 PSLVs required during 2019-24, 85 percent of the money would go to industries, he had said. ISRO currently sources separate rocket parts from around 500 big and small vendors and does the AIT itself at its facilities in Kerala, Tamil Nadu and Andhra Pradesh.

For almost a decade, the ISRO has been planning to hand the production over to public and private industries and itself focus on its core job of space R&D. On the satellite side, groups of industries are already helping ISRO in AIT at the Bengaluru-based U.R. Rao Satellite Centre and have produced a couple of mid-sized satellites.

ISRO also has two increasingly more powerful launchers in that order — the GSLV and the GSLV-Mk III, used to lift 2,000 kg. and 4,000 kg. communication satellites to higher orbits.