Forrester Reports: Eutelsat's MoU for School Connectivity in the DRC

Eutelsat’s has signed a Memorandum of Understanding (MoU) — which could be a significant contract — to serve “several thousands of schools across the Democratic Republic of Congo (DRC)” and which will use the company's Konnect Africa satellite, this according to a posting by journalist Chris Forrester at the Advanced Television infosite.

It aims to provide schools with high speed internet connectivity, giving them access to a digital platform of officially recognised educational content and high quality teaching materials. The first stage of the project aims to connect 3,600 private schools over the next 12 months, leveraging Konnect Africa’s satellite capacity and technical expertise, notably in terms of installation. 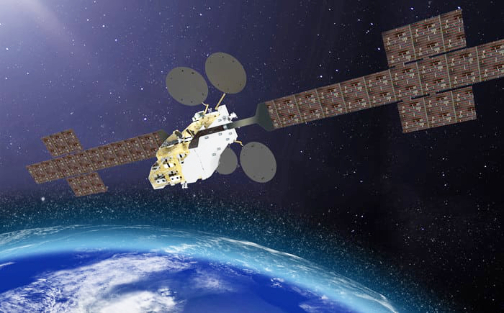 Artistic rendition of a Konnect satellite is courtesy of manufacturer, Thales Alenia Space.

Each school will subscribe to a “Home Unlimited or plus” package, giving it access to a high-speed internet service. At a later stage, it is planned to roll the project out to several tens of thousands more schools, thereby responding to the requirement for digital inclusion which is part of government policy.

Konnect Africa has been operating for more than a year in the DRC, bringing broadband connectivity to unserved or poorly served areas, by delivering a solution that is affordable, flexible and available everywhere. Currently operating with limited capacity, Konnect Africa will see its on orbit resources increase tenfold with the entry into service of the Eutelsat Konnect satellite later this year. With a total capacity of 75 Gbps, Konnect will be able to provide speeds of up to 100 Mbps with total or partial coverage of 40 African countries.

Konnect Africa CEO Jean-Claude Tshipama said, “This project highlights the major benefits of satellite internet in bridging the digital divide, as well as the efficiency of the solutions deployed by the Konnect Africa teams. The entry into service of Eutelsat Konnect in the coming months will be a milestone in our ability to better address the strong demand for connectivity from our customers, ranging from individuals to businesses and government agencies.”